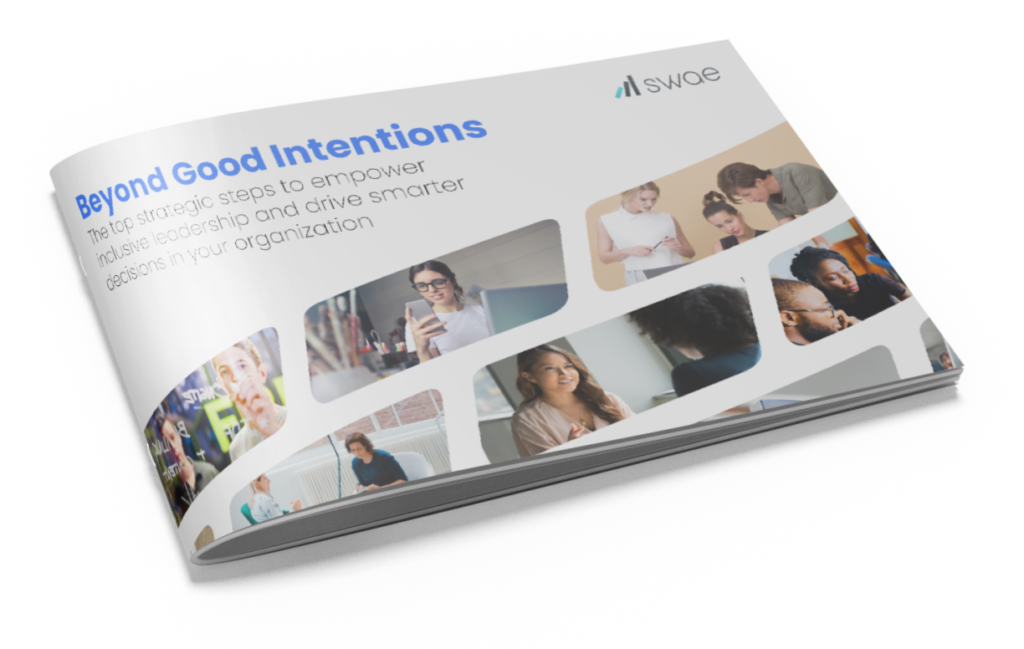 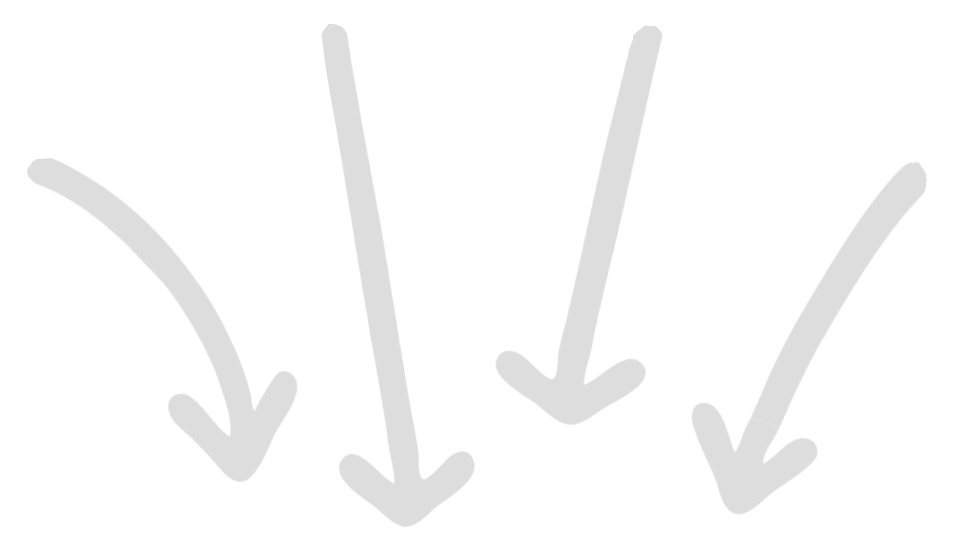 GET MY FREE EBOOK & TOOLS* 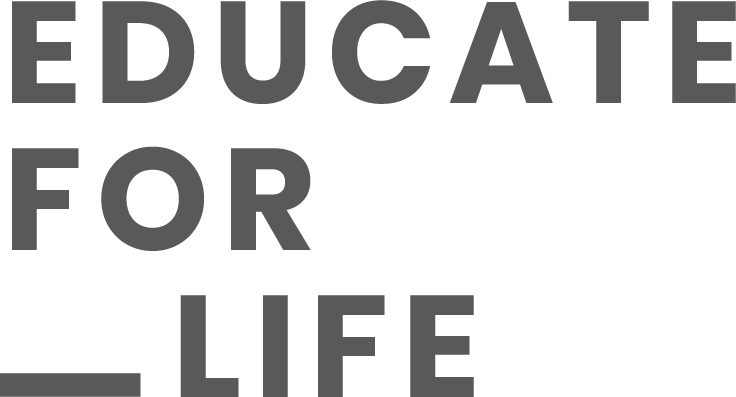 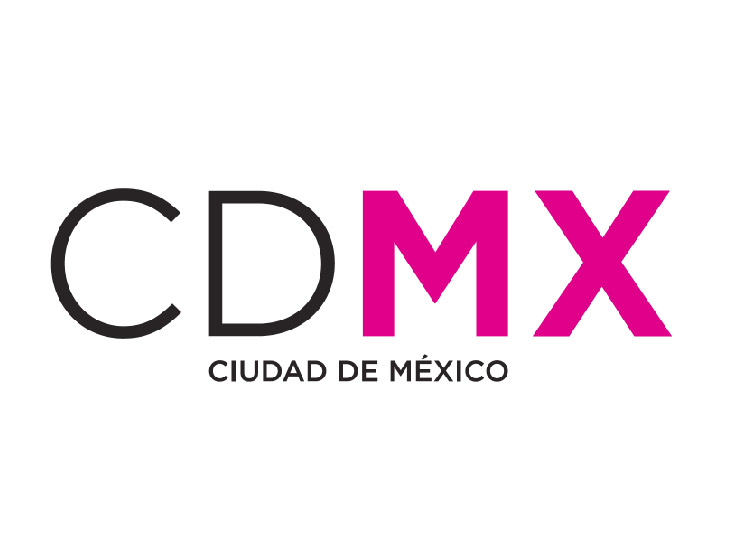 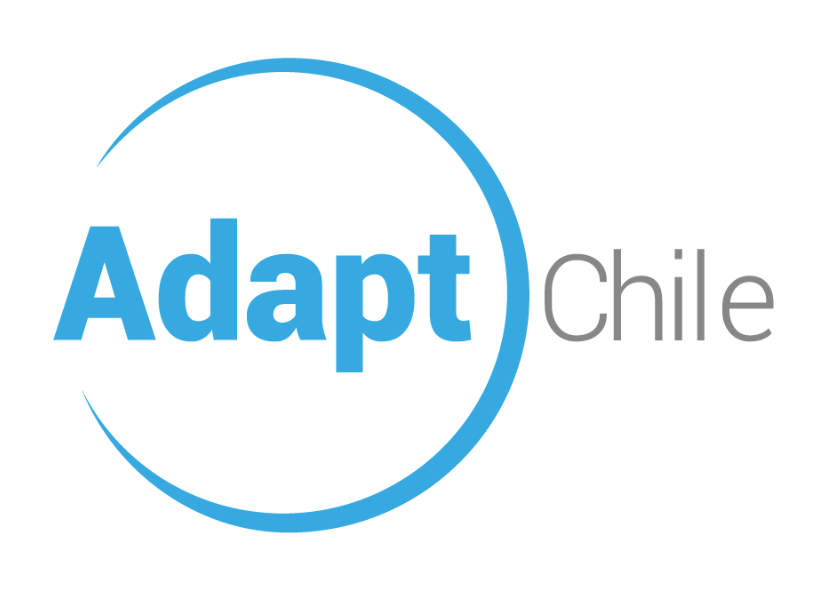 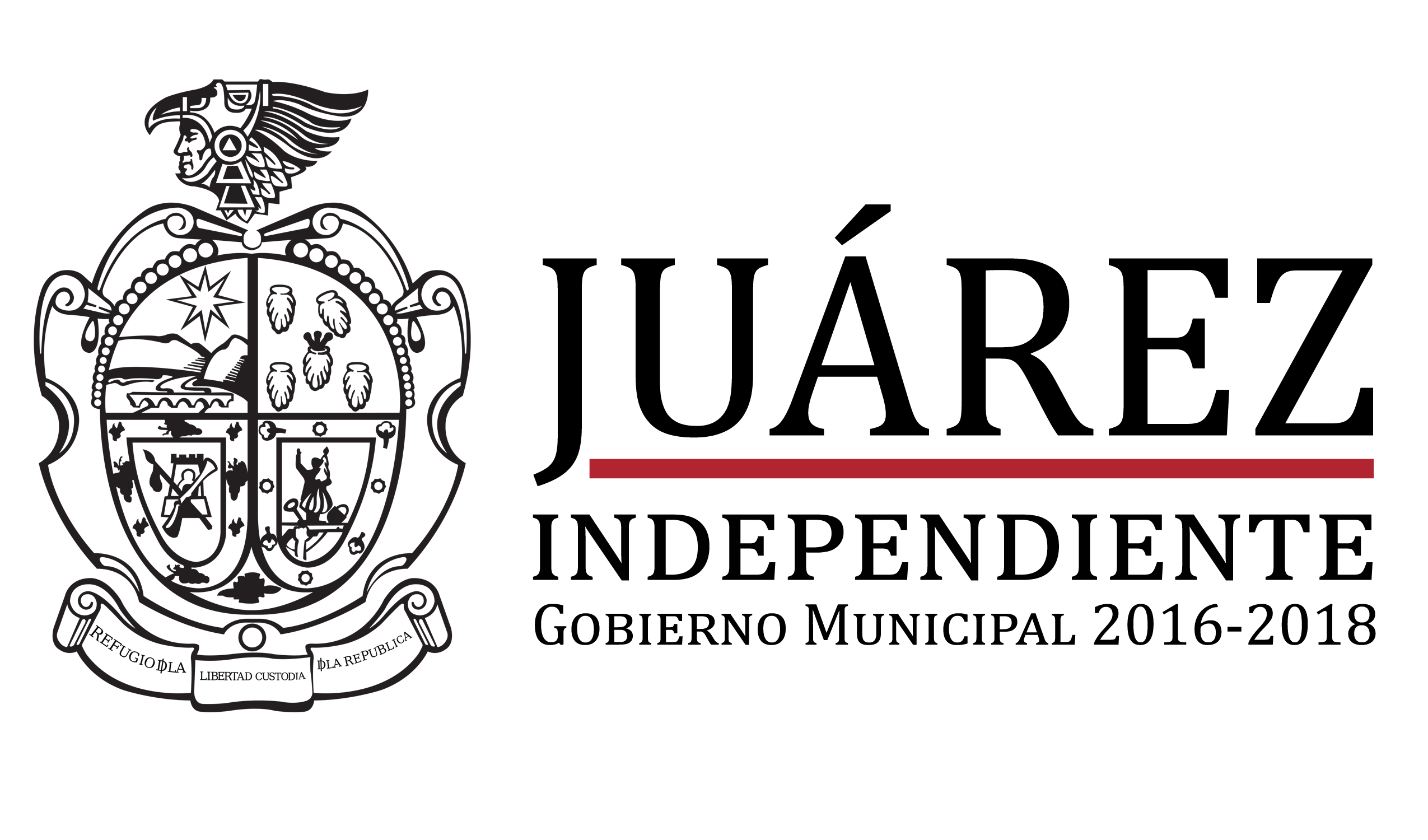 THE PROBLEMS WITH OUTDATED DECISION-MAKING PROCESSES

The Future of Work

Decision-making has been overwhelming to many companies for some time… and times have changed.

Why? The future of work is here.

Companies and teams all over the globe are having to adapt to the ever-increasing changes taking place. Hybrid and remote work arrangements are being created and setting your teams up for success is far from straightforward!

Millions of workers around the world this past year have made a sudden shift.

In this Swae Session, we will delve into some of the common causes as to why decision-making processes fail to meet the outcomes intended and create residual impacts that can impair performance of companies

…Are ready to unlock hidden insights and break down silos

THEN YOU WON’T WANT TO MISS OUT ON THIS EBOOK!

Why It’s Time to Invest in a Technology System that Will Help You Source, Organize, and Hear from More Voices in Your Organization 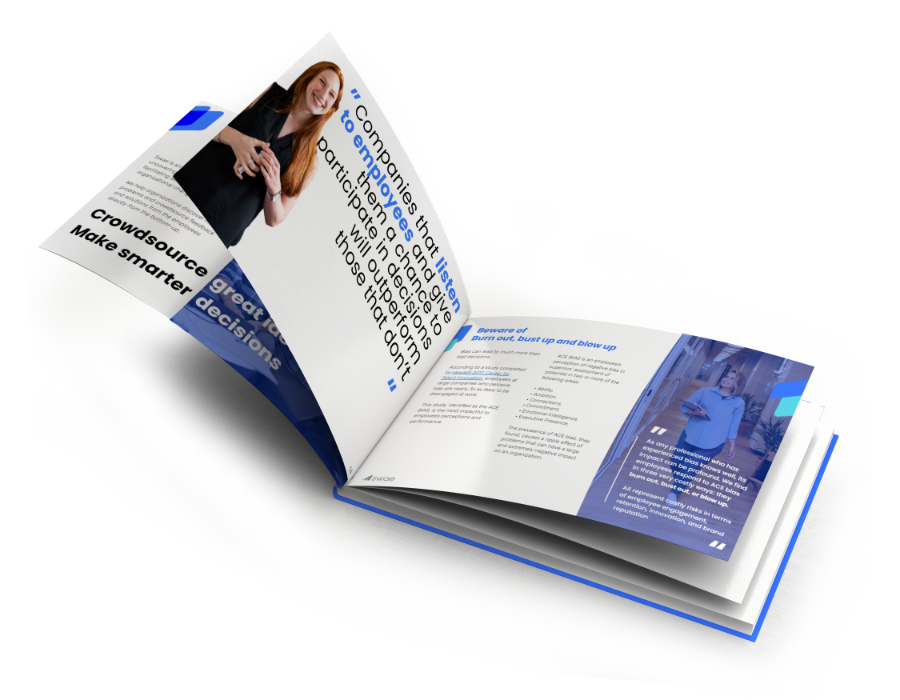 If you’re ready to go “beyond good intentions”

book a demo with us now

*Your personal details are safe with us – we’ll never sell them to other companies for marketing purposes- see our privacy policy. From time to time, we’d like to email you eBooks, training or some useful content to help with decision making and engaging employees. By registering you agree to receive this content and you can unsubscribe at any time by clicking the Unsubscribe button in the email.

Swae is an AI-powered platform for collecting employee feedback and turning it into decisions and organizational change.

We help organizations discover hidden problems and crowdsource feedback and solutions from the employees directly from the bottom-up. 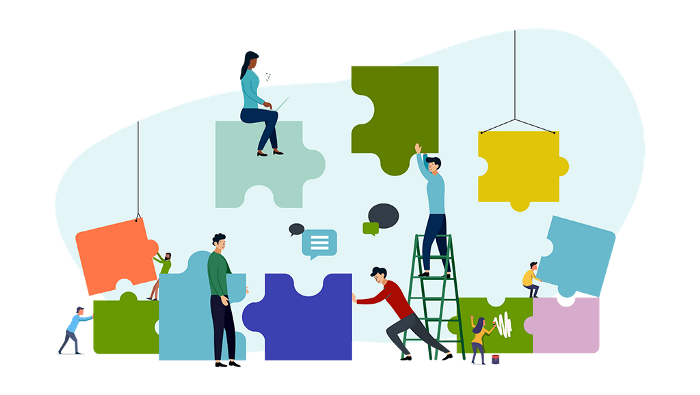 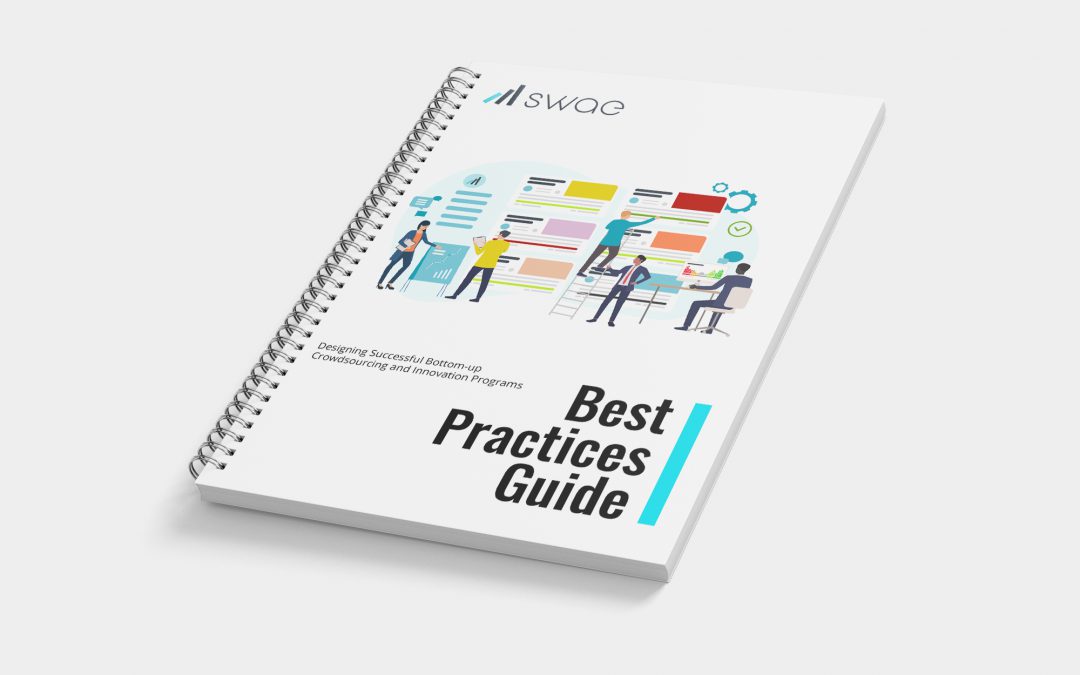 SUMMARY
As fruitful as internal innovation and crowdsourcing initiatives can be, it’s common for companies to hit roadblocks in reaping their full potential. 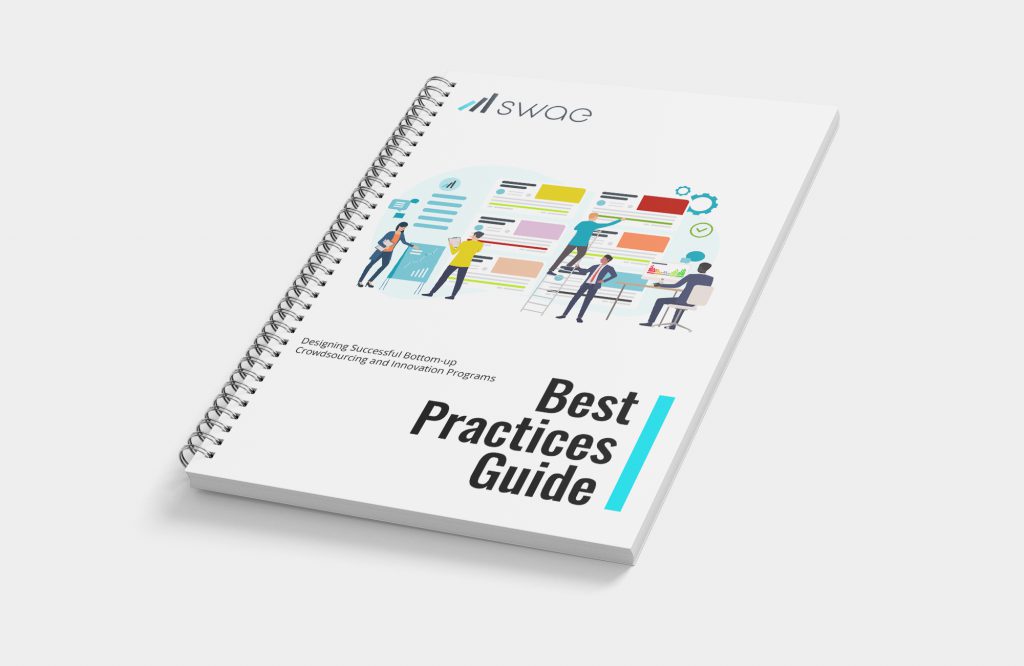 To radically improve the quantity and diversity of input, design a more transparent and meritocratic system.

In his book Originals – How Non-Conformists Move the World – author Adam Grant shares how Warby Parker (FastCompany’s 2015 Most Innovative Company) designed and implemented a more meritocratic company-wide idea submission system which increased the number of submissions and associated engagement rate by 20x (relative to their old system and status quo). 1 The new idea selection process broke away from past practices that acted more like a traditional black boxes or ‘suggestion boxes’ where only a privileged class of managers were allowed to see the ideas shared and only they could assess the merits of incoming ideas for further implementation. Idea submission rates and participation rates were low because of the closed and subjective nature of this system. 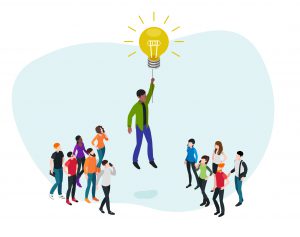 The new system allowed any employee to post ideas into an open GoogleDoc, consult their peers’ proposals, comment and deliberate on them through offline meetings. Employees could then vote on each others’ ideas to indicate their support. Manager’s votes did not have higher weight in this system; they were simply regarded as preferences. This new system had a radically more open nature encouraging transparency, signalling a shift towards more meritocracy and egalitarian inclusion. With this system, employees gained increased visibility about what was being shared across the company, and had the freedom to contribute to ideas they regarded as “best” for the company to pursue, irrespective of what the managers’ choices indicated.

Grant built on this theory in an HBR article, sharing that companies don’t necessarily need to recruit the most eccentric individuals in order to become creative. Instead, they can implement processes that are flexible, fair, and meritocratic to help create a culture of creativity. 2

Strategically, being able to demonstrating to employees organization-wide that their ideas are implemented based on their merits, using a safe, transparent / immutable process is key for ensuring high engagement and participation rates. These high engagement rates, in turn, lead to  better quality ideas to select from for the company. For example, in a survey analyzing what makes enterprise transformations successful, McKinsey Institute revealed that the best transformations were achieved when companies allowed for the broadest diversity of staff to input into diagnosing
organizational problems and suggesting changes. Companies with low input from more homogeneous groups of employees about problems and possible solutions were, on the contrary, less likely to succeed in their transformations. 3

To improve the quality, diversity and truthfulness of input, encourage anonymity

Challenges can occur when participants in internal crowdsourcing use their organizational identities. Rather than freely promoting ideas that address the issues at hand, some individuals may feel compelled to defend their formal positions. Internal crowdsourcing participants should feel safe about contributing knowledge, regardless of their seniority or role in the company. 4

Professors Markus Baer and Michael Frese, who specialize in Work and Organizational Psychology at the University of Giessen in Germany share research illustrating that psychologically safe environments lead to greater participation and collaboration rates in organizations, resulting higher quality ideas and innovations to select from. 5

One way to encourage more psychological safety is to offer a degree of anonymity. Several of the companies studied in an MIT best practices research review allowed employees to contribute their ideas anonymously, freeing them up to share knowledge that they might have kept to themselves if they felt pressured to advocate on behalf of the units they represented. 6

Creating the grounds for ‘psychological safety’ could also include a) incentivizing all forms of idea submission (not just wanting winning ideas, but encouraging ‘losing’ ideas as well) through the creation of a reputation system and scorecard, or b) creating a ‘bad ideas’ competition (a practice
encouraged by Google X). 7

TIP 3 – HAVE A CLEAR PROCESS AND SELECTION CRITERIA

To attract broader participation, commit to a process and define the selection criteria upfront

Employees are more likely to participate in an ideation process if they believe the process has integrity (i.e. can be immune from organizational politics and subjective decision-making processes) and believe in the selection criteria that is proposed upfront. For example, at Li & Fung, a logistics company based in Hong Kong, their employees were told that solutions from internal crowdsourcing would be picked based on a scorecard from the following six criteria: (1) ability to meet customers’ unmet needs, (2) delighting the customer, (3) the solution’s newness, (4) marketability, (5) commercial viability, and (6) scalability. 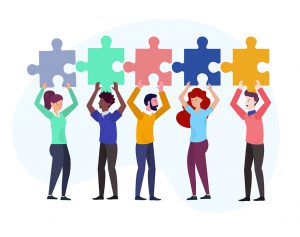 As a consequence of this, employees had trust in the integrity the process and clarity about the selection criteria for this crowdsourcing challenge. The outcome was almost 90% of the solutions originating from junior to mid-level employees, and about 30% of the solutions were proposed by people working in support functions such as human resources, IT, and finance. These results, captured by MIT research, show that ideas don’t necessarily come from the groups thought to be the most creative or experienced. If the process is fair and decision making criteria is clear, broad segments of an organization will get involved because the majority of participants want to play a role in prototyping, testing, and implementing the ideas they proposed. 8

TIP 4 – BROADEN THE SCOPE OF CONTRIBUTION

To attract broader participation, encourage ideas that are not limited to a particular scale and scope 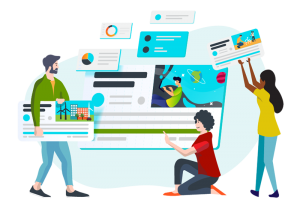 A tight focus on directing crowdsourcing attention to incremental innovation instead of encouraging employees or stakeholders to think broadly, creatively, and more expansively is an important obstacle and barrier to implementing successful internal innovation programs. For example, MIT researchers found that by asking staff to concentrate on gradual adjustments to processes and on improving existing products and services, companies demotivate employees about the purpose of distributed innovation and how it’s different from other initiatives in the company, such as continuous quality improvement and business process reengineering.

Researchers have found that to get the most out of these bottom-up crowdsourcing programs, companies should resist the urge to ring-fence contributions and limit their scope and scale, and instead encourage employees to focus on long term opportunities. 9

One successful adoption of this best practice was at a large R&D company where they asked their employees to identify products and services that would be feasible starting in 2025, not next year. 10

To encourage higher quality input, provide paid time for employees to get involved. 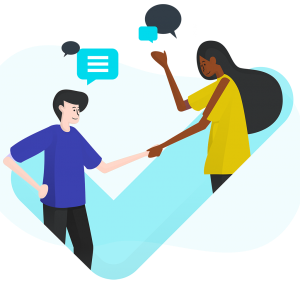 One of the main reasons people participate in external crowdsourcing events is to have fun and learn new skills. However, a critical difference between external and internal crowdsourcing is that many 11 employees, particularly frontline employees, have very little discretionary time to participate. One suggested best practice revealed from research, to encourage more thorough involvement, is to offer “slack time” to employees to participate in internal crowdsourcing events. This can be a critical factor in making the programs successful, especially when companies are looking for employees to work together to develop new solutions.

When done well, internal crowdsourcing challenges not only unleash new ideas but also make employees feel like their time contributing is well spent, and further engageing employees in a valuable learning process.